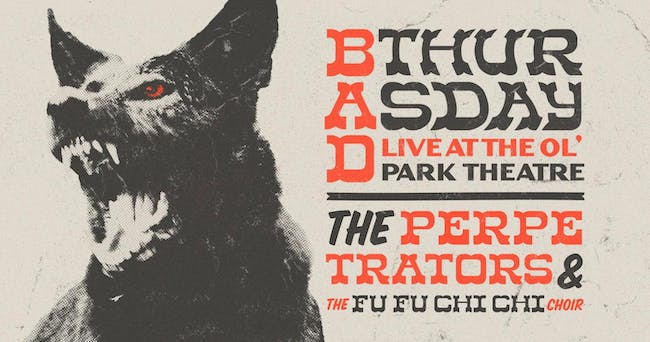 Postponed from April 9th, due to COVID-19

iCal
Google
No Work or School on Friday, so come out for a Great Night of Dancing and Partying!

Tickets $20 adv. Available online at MYPARKTHEATRE.COM, at the Park Theatre, Wild Planet and Into the music.